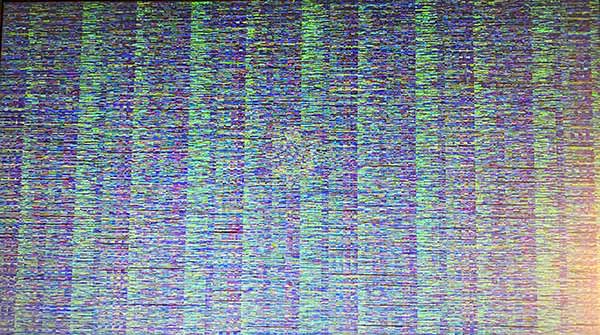 Got a HP laptop in because the windows 10 updates were failing to install (still trying to update to release 1909), Normally the quickest was to fix these is to do a repair install of the latest version of windows 10 over the top which keeps all data & programs, 99% of the time this will fix any issues as well as update to the latest version.

All was going well with the update until it was starting to boot after the install phase had finished and i got the above screen (there is a HP logo in the middle), all i could do was a hard shutdown, on reboot windows came up and said it failed to install with the following error:

At first i thought it was some graphics issue with the screen being screwed up, but after doing lots of research on duckduckgo.com I found a post on an Acer forum suggesting that it could be a CPU microcode issue and suggested upgrading the bios, I decided to give it a go so the bios was upgraded and a repair install was performed again but this time the update went straight through with no issues.

We use cookies on our website to give you the most relevant experience by remembering your preferences and repeat visits. By clicking “Accept All”, you consent to the use of ALL the cookies. However, you may visit "Cookie Settings" to provide a controlled consent.
Cookie SettingsAccept All
Manage consent

This website uses cookies to improve your experience while you navigate through the website. Out of these, the cookies that are categorized as necessary are stored on your browser as they are essential for the working of basic functionalities of the website. We also use third-party cookies that help us analyze and understand how you use this website. These cookies will be stored in your browser only with your consent. You also have the option to opt-out of these cookies. But opting out of some of these cookies may affect your browsing experience.
Necessary Always Enabled
Necessary cookies are absolutely essential for the website to function properly. These cookies ensure basic functionalities and security features of the website, anonymously.
Functional
Functional cookies help to perform certain functionalities like sharing the content of the website on social media platforms, collect feedbacks, and other third-party features.
Performance
Performance cookies are used to understand and analyze the key performance indexes of the website which helps in delivering a better user experience for the visitors.
Analytics
Analytical cookies are used to understand how visitors interact with the website. These cookies help provide information on metrics the number of visitors, bounce rate, traffic source, etc.
Advertisement
Advertisement cookies are used to provide visitors with relevant ads and marketing campaigns. These cookies track visitors across websites and collect information to provide customized ads.
Others
Other uncategorized cookies are those that are being analyzed and have not been classified into a category as yet.
SAVE & ACCEPT